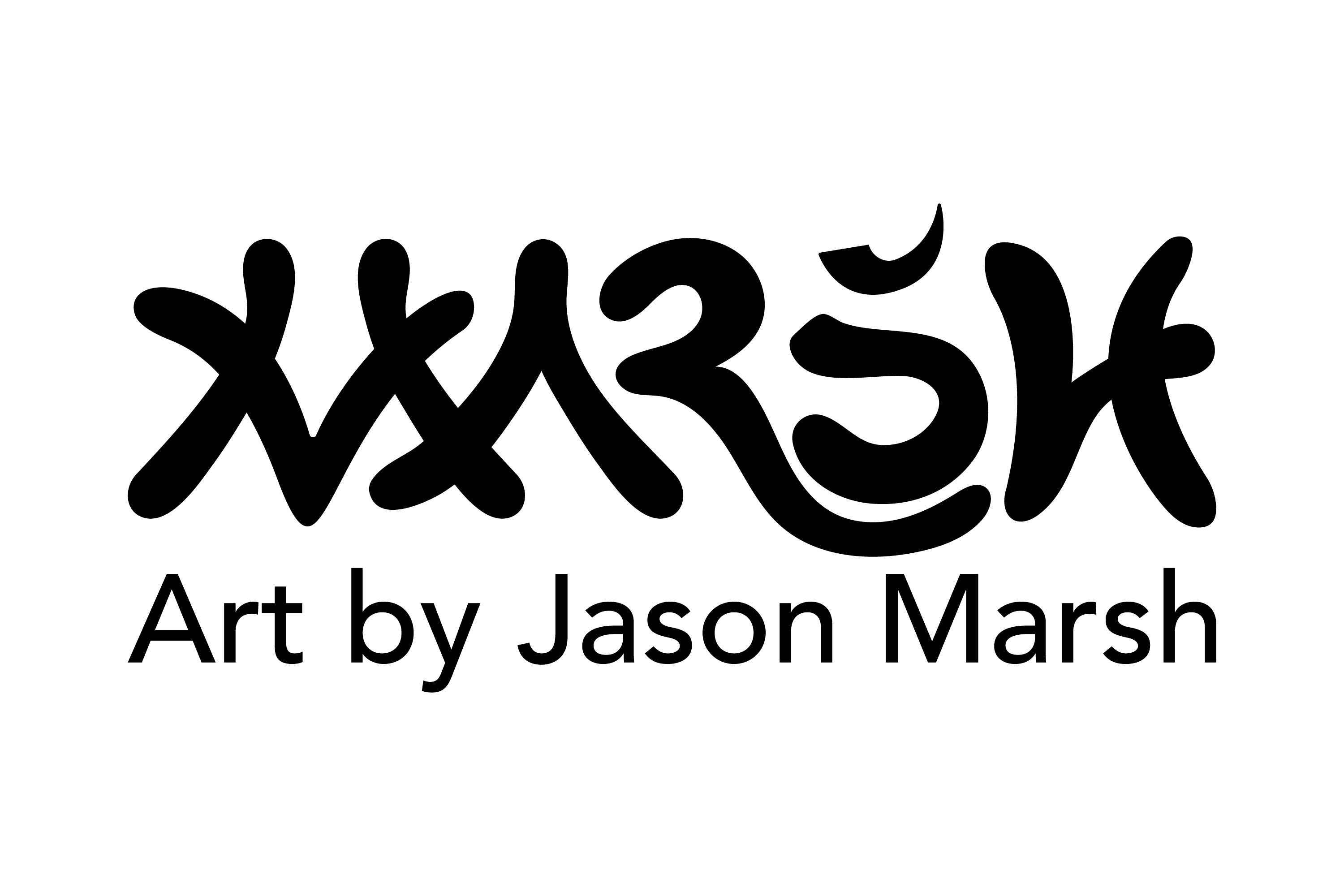 A self-taught artist, originally from Gresham, Oregon, Jason moved to Southern California 18 years ago. He's got a somewhat eclectic background. A classically-trained pianist, he played keyboards in a rock band in the late 80s. In 1997 he got a chemistry degree—which he followed up with a few years’ work as a tech in a food lab. He's a former long-distance runner and a former poker player. Prior to covid, he volunteered at a nursing home for a few years, playing piano for them every week. For the last several years Jason has worked in the casino industry--mostly as a poker dealer.

The "art of Jason Marsh" illustrates unexpected turns on familiar situations by pushing the envelope of reality without quite crossing over into fantasy. Such situations typically involve memory-stirring entertainment…an amusement park, a sporting event, a celebration, a game of chance.  The subject is then joined by another concept and merges by way of a less obvious, though perhaps more important, idea that pulls them together. The combination makes for an image that really draws you in because the fusion makes sense—in an oddly satisfying way. So, even though, momentarily, it seems impossible, you’re also thinking, “Hey, I can see how that really could happen!”

The presence of this badge signifies that this business has officially registered with the Art Storefronts Organization and has an established track record of selling art.

It also means that buyers can trust that they are buying from a legitimate business. Art sellers that conduct fraudulent activity or that receive numerous complaints from buyers will have this badge revoked. If you would like to file a complaint about this seller, please do so here.

The Art Storefronts Organization has verified that this business has provided a returns & exchanges policy for all art purchases.

Skyline Art Editions (my print-on-demand company) charges a 25% restocking fee for all returns. Returns must be placed within 14 calendar days of the shipment date. The restocking fee exists because all products at Skyline Printing are custom made per order. Further info is at http://www.skylinearteditions.com/faq/

This website provides a secure checkout with SSL encryption.

Your cart is currently empty.

This is only visible to you because you are logged in and are authorized to manage this website. This message is not visible to other website visitors.

Below, select which favorite lists you would like to save this product into.

Enter your email below and we'll email you a 20% OFF Coupon right now!

This offer is valid for NEW CUSTOMERS only!